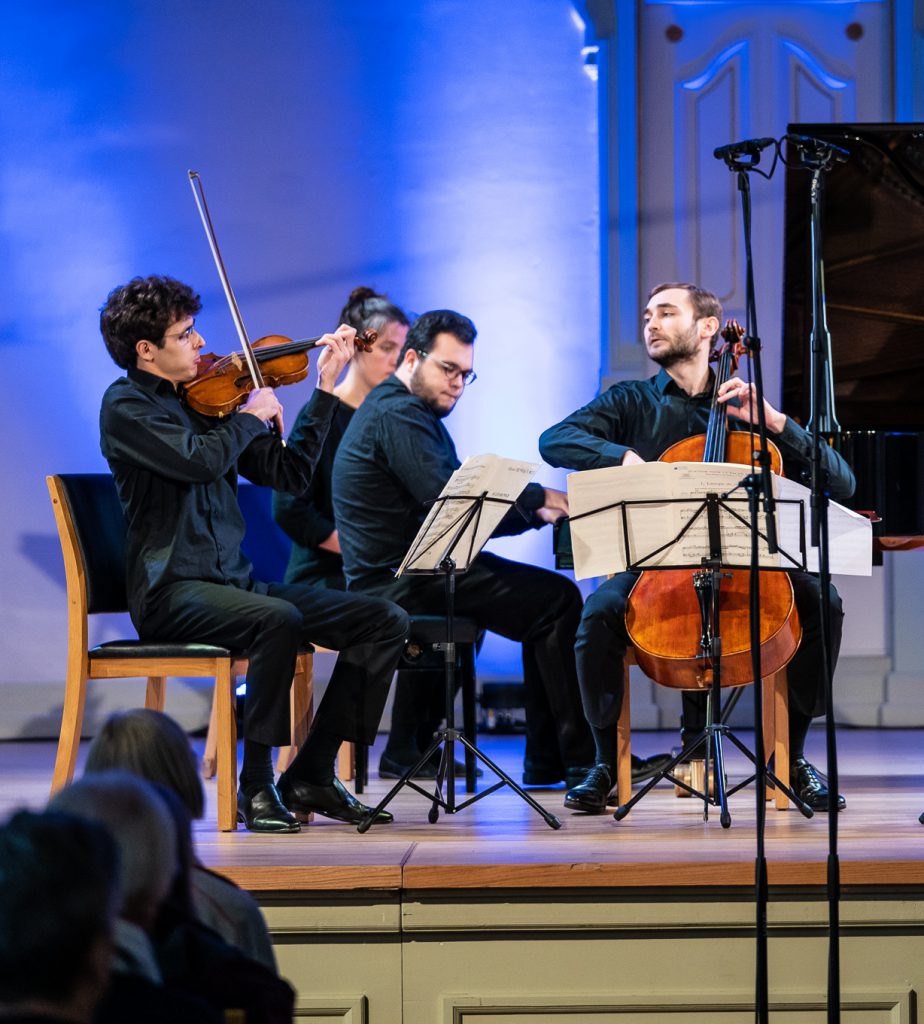 The Koinè Trio was founded in September 2017 by three young musicians highly interested in chamber music making that met in Sibelius Academy (Helsinki). The group is composed by the violinist Mathieu Garguillo (France), the cellist Basile Ausländer (Switzerland) and the pianist Pau Fernández Benlloch (Spain), and all of them keep continuing their studies both in Bachelor and Master degree in Helsinki with teachers such as Erik T. Tawaststjerna, Mari Tampere-Bezrodny and Marko Ylönen. Its components pursued already a really interesting individual and chamber music career, having studied previously with teachers such as Christophe Poiget, François Salque or Denis Lossev, among others, and having taken part in diverse chamber music experiences that enriched their knowledge and encouraged them to create a stable chamber music group with the purpose of the development and the deepening in one of the most sought-after and interesting chamber formations.

Since its foundation, the trio has been working mainly under the guidance of the cellist Marko Ylönen, but receiving advices regularly from musicians such as Jean-Jacques Kantorow, Joseph Kalichstein, Kari Kriikku Jacques Zoon, Ralf Góthoni or Kiril Kozlovsk.

The members of the group have been required to play in different concert venues worldwide (in Germany, France, Switzerland, Spain, Singapore, Italy, Russia, Austria, etc.) and invited in different chamber music festivals, such as Trondheim International Chamber Music Festival, the Pablo Casals Festival in Prades or the Internationale Sommerkonzerte Münchner Musikseminar.

The trio has been interested in the performance of all kinds of different repertoires, ranging from the first pieces written for piano trio in the classical era to contemporary repertoire, passing through the most well-known repertoire (Beethoven, Schubert, Brahms, Tchaikovsky, Shostakovich, etc.). And it has been also collaborating in concert situations with other musicians such as Anastasia Subrakova, Marko Ylönen or Claudia Reyes Segovia.

Currently, the trio keeps working in Sibelius Academy and is planning concert tours and participation in chamber music competitions in various European countries.